WSWS (2021-07-20). Biden administration dismisses China's claim to South China Sea. wsws.org The statement by US Secretary of State Antony Blinken demonstrates the fundamental continuity between the Trump and Biden administrations in their war drive against China.

Madison Tang — Jodie Evans (2021-07-20). How to Prevent a New Cold War with China. counterpunch.org On May 25th 2021, Representative Greogry Meeks, Chair of the House Foreign Affairs Committee, introduced an expensive anti-China bill into the House. The Ensuring American Global Leadership and Engagement Act (H.R. 3524), also known as the EAGLE Act, would commit our tax dollars to dangerous anti-China rhetoric, as well as wasteful and environmentally damaging military

ecns.cn (2021-07-20). China hopes WHO can maintain scientific, serious nature of COVID-19 origin tracing: FM. ecns.cn China hopes that the World Health Organization (WHO) will adhere to the spirit of science, professionalism and objectivity, and work with the international community to maintain the scientific and serious nature of COVID-19 origin tracing, Foreign Ministry spokesperson Zhao Lijian said on Monday.

WSWS (2021-07-20). Japanese Defense White Paper stokes tensions with Beijing over Taiwan. wsws.org The White Paper codifies Tokyo's questioning of the "One China" policy, heightening the danger of war with Beijing.

_____ (2021-07-20). The Greatest Threat to Britain Isn't China or Russia, It's Boris Johnson. strategic-culture.org By Patrick COCKBURN | The lifeblood of He spoke of threats from stat… 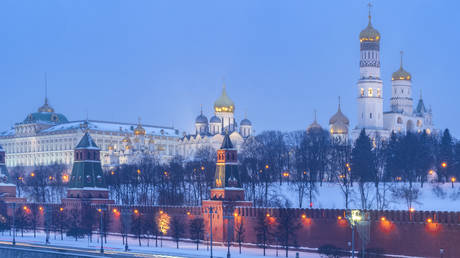 Who is truly civilized? Well, according to a column in the Jeff Bezos-owned Washington Post over the weekend, it certainly isn't Russia or China. While the content is unoriginal, its Neo-Cold War attitude sparked outrage online. | The piece, by George F. Will,

ecns.cn (2021-07-19). China calls on WHO to oppose politicization in further COVID origin study. ecns.cn China's Foreign Ministry on Monday called on the World Health Organization (WHO) to maintain its scientific and professional position in tracing the origins of COVID-19 and firmly oppose the politicization of the matter as it prepares for the second phase of study.

teleSUR (2021-07-19). China Demands US Lift Blockade Against Cuba. telesurenglish.net China demanded again on Monday the lifting of the U.S. blockade against Cuba, in the aftermath of July 11 protests and amid a vast disinformation campaign promoted by foreign mainstream media. | RELATED: | Foreign Ministry Spokesperson Zhao Lijian said that "China firmly opposes external interference in Cuba's internal affairs. We urge the US to immediately and fully lift its embargo against Cuba." | The Cuban government organi…

Andrew Korybko (2021-07-19). Poland Should Follow Ukraine's Lead by Using China to Balance the US. globalresearch.ca

sputniknews (2021-07-19). Chinese Scientists Point to Natural Origins of COVID-19. sputniknews.com MOSCOW (Sputnik) – Multiple Chinese scientists have come to the conclusion that the novel coronavirus has natural origins and could not have been artificially created, a new report published by the Science China Life Sciences academic journal says.

Editor2 (2021-07-19). Ghislaine Maxwell Took two Previously Undisclosed Trips with Bill Clinton to 'Escape' from Jeffrey Epstein — Reports. orinocotribune.com Two previously unknown trips shared by Ghislaine Maxwell and Bill Clinton have been revealed, and journalist Vicky Ward has described the relationship between the two as an "escape" from the late Jeffrey Epstein. | On the 'Chasing Ghislaine' podcast, Ward alleged this week that Maxwell joined Clinton on two foreign trips in the early 2000s and was considered "just as important" to his staff as Epstein. | Clinton reportedly used Epstein's infamous Lolita Express plane — which was said to jet some people for sexual encounters with underage women — to visit Japan, Taiwan, and China in 2005. He also flew…