sputniknews (2021-10-05). The Other Side: Beijing Reportedly Feared Trump Might Goad PLA Into Attack As Early As October 2020. sputniknews.com After a new book on the Trump administration's final days revealed a top US general had contacted his Chinese counterpart about a potential US attack, a Chinese official has reportedly confirmed the exchange, describing how on-edge the People's Liberation Army (PLA) was during that time.

Dean Baker (2021-10-05). Shouldn't Biden Be Thanking China for Not Following Through on the Purchase Commitments in Its Trump Trade Deal? cepr.net With widespread supply chain problems due to the pandemic and unusual weather conditions, additional sales to China might well have caused even greater bottlenecks in the effort to meet domestic demand.

WSWS (2021-10-05). White House pledges to defend US "interests" against China "to the hilt" wsws.org Against the backdrop of a deepening military standoff over Taiwan, the Biden administration doubled down on Trump's trade war policies against China Monday.

Dave DeCamp (2021-10-05). Taiwan's FM Wants Australia's Help to Prepare for War With China. news.antiwar.com Taiwan's foreign minister "We would like to engage in security or intelligence exchanges with other like-minded partners, Australia included, so Taiwan is better prepared to deal with the war situation," Taiwanese Foreign Minister Joseph Wu told Australia's ABC. | Wu said that Taiwan welcomed the recent military pact between the US, the UK, and Australia, known as AUKUS. "We are pleased to see that t…

The United States calls for a "new course" on China-U.S. trade relations with talks between both sides expected to resume soon. 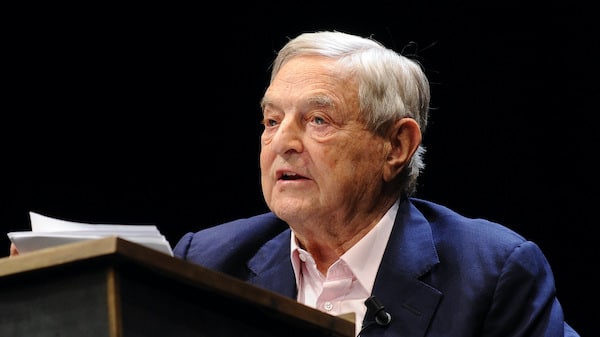 Welcome to Renegade Inc. With China's increasing wealth, Western investors want some of the action. One of those investors is a bullish gentleman called George Soros.

Dana Sanchez (2021-10-04). Report: China PCR Test Purchases Surged In Wuhan Area 7 Months Before 1st Covid Case Was Officially Announced. moguldom.com China's official story about the origins of the coronavirus just took another hit with the release of a research report from the U.S., the U.K. and Australia that suggests China was aware of a virus outbreak around Wuhan at least seven months before the first reported case in December 2019. Orders of China PCR tests … Illustrative image. Source: RFAThe agreement seems to bring more discord than alliances between liberal democracies. | Written by Lucas Leiroz, research fellow in international law at the Federal University of Rio de Janeiro. | Many controversies have arisen in recent days because of the new anti-China alliance formed by Washington, London, and Canberra, the AUKUS. Tensions have been developed between Australia and France, for example — and the entire European Union seems quite unhappy with the measure. However, beyond these facts, one point that has been ignored by many analysts is the New Zealand situation…

ecns.cn (2021-10-04). China urges global solidarity for vaccine equity on behalf of 75 countries. ecns.cn China's ambassador to the United Nations on Friday called on all countries to strengthen solidarity and achieve vaccine equity at an early day to overcome the unfair distribution of inoculations and increasing "vaccine nationalism" as the COVID-19 pandemic continues to rage across the world.