Dave DeCamp (2022-10-20). US Considering Joint Weapons Production With Taiwan. news.antiwar.com The US is considering a plan to jointly manufacture weapons with Taiwan in an effort to speed up arms deliveries for the island, a member of the US-Taiwan Business Council said on Wednesday. Since 2017, the US has approved over $20 billion in arms sales for Taiwan, but deliveries have been delayed. According to Defense …

Dave DeCamp (2022-10-20). China Reaffirms 'No First Use' Nuclear Weapons Policy at UN. news.antiwar.com China reaffirmed this week its no first use policy for nuclear weapons at a meeting of the UN's General Assembly First Committee. Li Song, the Chinese ambassador for disarmament affairs, told the committee that China "has solemnly committed to no first use of nuclear weapons at any time and under any circumstances, and not using …

____ (2022-10-20). Report charts way to energy security, greener future. ecns.cn The active and prudent approach to climate actions that Xi Jinping has vowed China will pursue is suitable to the nation's conditions, with coal serving as the dominant fossil fuel reserve, experts said.

____ (2022-10-20). China's modernization path offers inspiration for global peace and development. ecns.cn The report delivered by Xi Jinping, general secretary of the Communist Party of China Central Committee, to the 20th CPC National Congress on Sunday unveiled a blueprint for advancing the rejuvenation of the Chinese nation on all fronts through a Chinese path to modernization.

____ (2022-10-20). China's initiatives on development, security conducive to world peace, prosperity. ecns.cn With the 20th National Congress of the Communist Party of China (CPC) opening on Sunday, the world is paying close attention to the programs of action and overarching policies that will be formulated during the landmark event.

____ (2022-10-20). Press center for 20th CPC National Congress hosts fourth group interview. ecns.cn The spokespersons for delegations from Chongqing, Sichuan, Guizhou, Yunnan, Tibet, Shaanxi and Gansu to the 20th National Congress of the Communist Party of China (CPC) meet the press during a group interview in Beijing, capital of China, Oct. 19, 2022.

____ (2022-10-20). Investors eye A shares as mood brightens. ecns.cn As uncertainties that have been shrouding the A-share market over the past few months start to subside, domestic and international financial institutions are preparing to increase their positions in China-related assets, which are currently undervalued, said experts.

____ (2022-10-20). China opposes forcing political system on other nations, official says. ecns.cn The Communist Party of China will not point fingers at the internal affairs of political parties in other nations, nor will the Party seek to export the Chinese model or require other nations or parties to emulate its practice, an official said on Thursday.

____ (2022-10-20). Innovative machinery enhances railway construction. ecns.cn The only two 1,000-ton level bridge girder erection machines in the world have added momentum to the rapid development of China's high-speed rail construction and have made railways across the sea a reality.

____ (2022-10-20). China's diplomacy wins global friends. ecns.cn China has stepped up efforts to develop its diplomatic service over the past decade with a comprehensive, multilevel and multifaceted agenda being established.

____ (2022-10-20). China to step up judicial protection of IPR: senior judge. ecns.cn Chinese judicial agencies will step up protection of intellectual property rights (IPR) in a bid to support the country's drive to achieve greater self-reliance and strength in science and technology, a senior judge said Wednesday.

____ (2022-10-20). Global parties, politicians congratulate congress. ecns.cn Parties and politicians of various countries have sent their congratulations on the opening of the 20th Communist Party of China National Congress, as they view the congress an important milestone of the CPC's history and providing solid guarantee for China's future development.

____ (2022-10-20). China's diplomacy aimed at global peace, prosperity. ecns.cn The goal and purpose of China's diplomacy is to maintain world peace, promote common development and advance the building of a community with a shared future for mankind.

____ (2022-10-20). Demand for Chinese heating product soars in Europe. ecns.cn As an important family appliances production base in China, South China's Guangdong Province has witnessed a surge in the exports of heating appliances as the northern hemisphere enters winter.

____ (2022-10-20). HK to align its policies with national strategies. ecns.cn Hong Kong Chief Executive John Lee Ka-chiu announced in his debut policy speech on Wednesday that he will lead a high-powered task force to bring the special administrative region further into the orbit of the national economy.

____ (2022-10-20). Chinese researchers cast more light on globally threatened primates. ecns.cn Chinese experts have recently revealed the evolutionary adaptation and demographic history of pygmy lorises, according to the Kunming Institute of Zoology under the Chinese Academy of Sciences.

Internationalist 360 ∞ (2022-10-19). Thailand: US-Backed Opposition's Violence Intimidates Critics, Paves Way for Regime Change. libya360.wordpress.com The US-backed opposition in Thailand replicates in many ways the violence and intimidation the US sponsored in Ukraine from 2014 onward just as Ukraine is meant as a proxy against Russia a US client regime in Thailand would transform the country into a proxy against China. An alarming incident of violence where a…

Internationalist 360 ∞ (2022-10-19). China: Xi Gets Ready for the Final Countdown. libya360.wordpress.com Pepe Escobar What drives China and Russia is that sooner rather than later they will be ruling the Heartland. President Xi Jinping's 1h45min speech at the opening of the 20th Congress of the Communist Party of China (CPC) at the Great Hall of the People in Beijing was an absorbing exercise of recent past informing near… 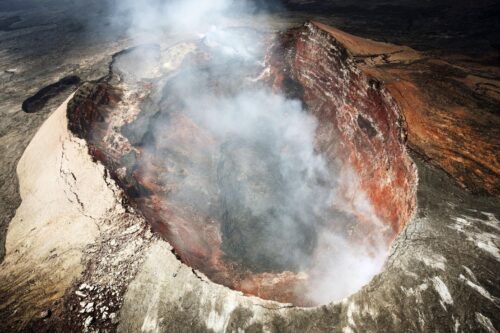 ____ (2022-10-19). Int'l journalists share views on congress. ecns.cn Journalists from around the world are closely following the 20th National Congress of the Communist Party of China to better understand the country's achievements, past and future challenges as well as efforts in epidemic control and anti-corruption.

By Sarah Wu | Reuters HSINCHU, Taiwan, Oct 19 (Reuters) Rising Taiwan-China and U.S.-China tensions have brought "more serious" challenges for the semiconductor industry, the chairman of Taiwanese chipmaker TSMC (2330.TW) said on Wednesday. Taiwan is a major producer of chips used in everything from cars and smartphones to data centres and fighter jets, and Taiwan Semiconductor …

____ (2022-10-19). Chinese path gives world 'new choice'. ecns.cn Since the founding of the People's Republic of China in 1949, generations of Chinese people have sought to realize the country's modernization.

WSWS (2022-10-19). US, Japan conduct large-scale military exercises in Hokkaido. wsws.org The exercises, the largest in Japan involving US Marines, were above all aimed at preparing for war against China on Taiwan.

____ (2022-10-19). Panda pair land in new home in Qatar. ecns.cn Two giant pandas arrived at Hamad International Airport in Doha, capital of Qatar on Wednesday morning, on a special flight from China. They are expected to remain in Qatar for 15 years.

____ (2022-10-19). Experts: LPR may edge down further. ecns.cn China's benchmark rate for bank lending still has room to decline during the rest of the year as the central bank's latest open market operations signaled that an accommodative policy stance may continue to buoy economic recovery.

____ (2022-10-19). 'Giant rice' supersizes yields in rural Guizhou. ecns.cn Shi Xichang has been planting rice in his village of Sanzhou in Guizhou province for decades, but his latest autumn harvest delivered a bit of a shock — his rice grew to over 2 meters for the very first time. 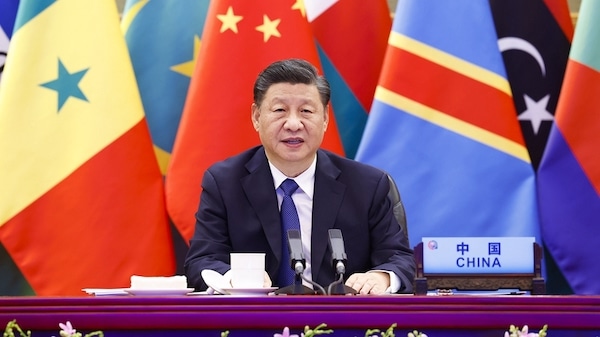 China's Congress of the Communist Party takes place this week.

____ (2022-10-18). Audience in space applaud for the 20th CPC National Congress report. ecns.cn The Shenzhou XIV crew currently stationed in China's space station watched the live broadcast of the opening of the 20th National Congress of the Communist Party of China and applauded for the country's ambitious space outlook.