_____ (2022-11-23). Death-Ridden West Ramps Pressure on China to Abandon Zero-Covid Policy. strategic-culture.org For Western media to harangue China over its zero-Covid policy and to try to blame China for the failure of Western capitalism is beyond farcical. It is degenerate. | When Chinese President Xi Jinping recently reiterated that China would be adhering to its strict public controls against the Covid-19 pandemic, there was discernible disappointment in the Western media that the Asian giant was not conforming to a "let it rip" approach. | China is maintaining a zero-Covid policy with new 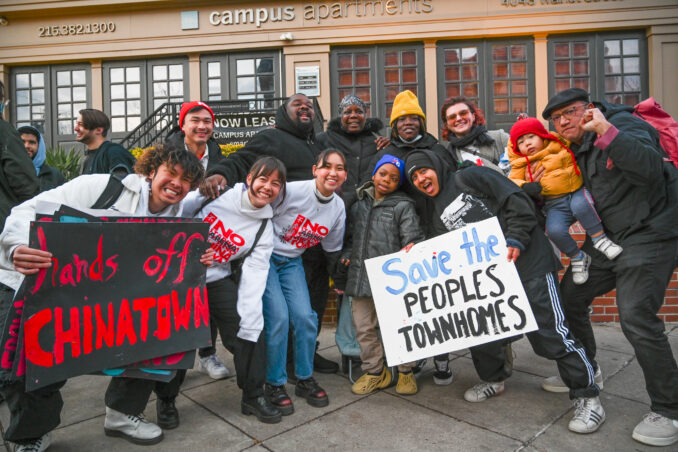 Activists from Students for the Preservation of Chinatown and Save UC Townhomes in front of Campus Apartments in Philadelphia, Nov. 18WW Photo: Joe Piette Philadelphia Hundreds of demonstrators gathered Nov. 18 to demand billionaire David Adelman stop the predatory development of a new Philadelphia 76ers basketball arena in Chinatown. Organized . . . |

____ (2022-11-23). IMF expects gradual growth for China's economy. ecns.cn The International Monetary Fund has forecasted China's economy to grow at 3.2 percent in 2022, then rise by 4.4 percent for the next two years as the country's growth remains under pressure following an "impressive" recovery from the pandemic's initial impact.

____ (2022-11-23). Vast land, cost factor see civil airports dominate Xinjiang transportation8. ecns.cn At present, Xinjiang has established the most widely covered airport network with the most feeder airports in China. The density of airports here has increased from 1.02 per 100,000 square kilometers in 2012 to 1.5 in 2022.

____ (2022-11-23). (100 great changes) 'Digital Dunhuang' showcases and preserves cultural heritage. ecns.cn Situated in an oasis in Northwest China's Gobi Desert, the city of Dunhuang was a shining pearl on the ancient Silk Road.

Fight Back (2022-11-23). Kamala Harris visits the Philippines to threaten war with China. fightbacknews.org In their recent in-person meeting, President Joe Biden told Chinese President Xi Jinping that he doesn't want a new Cold War with China. But actions speak louder than words: a week later, Vice President Kamala Harris headed to the Republic of the Philippines to stoke conflict with China over the South China Sea. | The visit by Harris came two months after Nancy Pelosi visited Taiwan. As speaker of the House of Representatives, Pelosi is second in line to the president. Her visit was a major violation of the U.S. "One China" policy. It was also a declaration of U.S. war preparations. | Taiwan is a part of Ch… 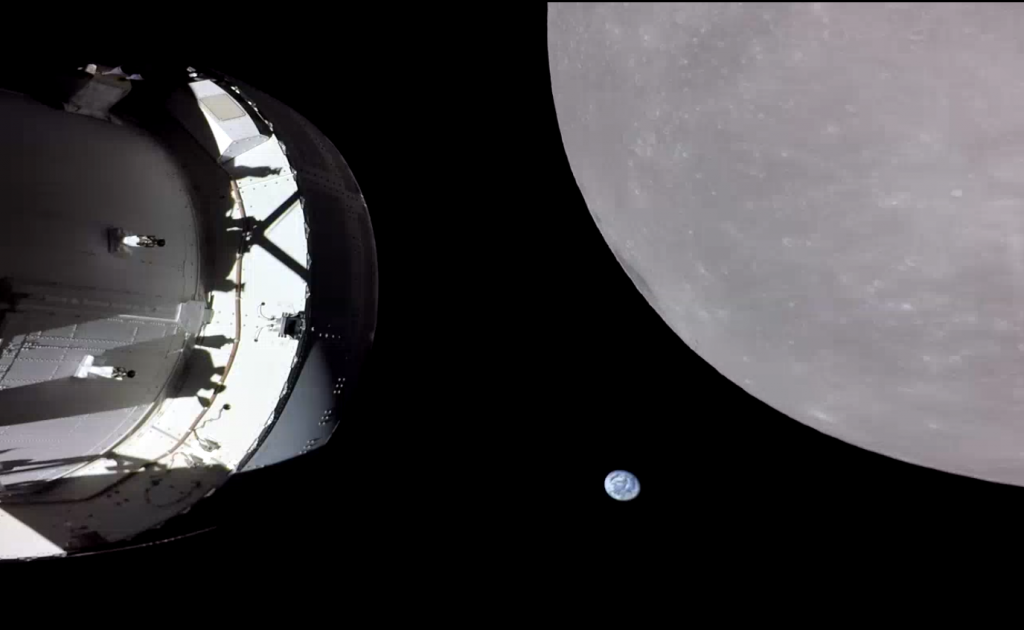 On Nov. 16 NASA launched the first mission in the Artemis Program, the long delayed and over-budget program to return humans to the surface of the moon this decade.

On Nov. 16 NASA launched the first mission in the Artemis Program, the long delayed and over-budget program to return humans to the surface of the moon this decade.

Brian Berletic (2022-11-23). Anti-China Protests in Thailand: Who is Behind them & Why? Searching for Asia's "Zelensky" thealtworld.com As the US proxy war against Russia in Ukraine destroys a nation and destabilizes a region, similar meddling that preceded the 2014 coup in Kiev is unfolding across Southeast Asia and in particular, in Thailand. | Who is the "Zelensky" of Thailand? Documented evidence exposes the Thai opposition as a product of years of US interference all in a bid to pivot Thailand aways from its largest economic and trade partner China and transform it into a belligerent proxy against Beijing on Washington's behalf. | References: | Land Destroyer (New Atlas) The Complete Guide: US Government Role in Thailand… Kassym-Jomart Tokayev was re-elected as the President of Kazakhstan. He was supported by 81.31% of voters in the snap election on November 20. Thus, Tokayev confirmed his legitimacy and the citizens of the republic opted for New Kazakhstan, the program proposed by the head of state. The election was calm, despite warnings from the National …

Danny Haiphong (2022-11-23). China's Leadership Shines Bright in Asia's Moment. orinocotribune.com By Danny Haiphong Nov 19, 2022 | Asia possesses many of the world's largest and fastest-growing economies. In this era of growing discord and crisis in the West, the majority of nations around the world are looking to Asia to set different example. The region took center stage in the week of November 11th to 18th as the emerging economies of Cambodia, Indonesia, and Thailand hosted the Association of East Asian Nations (ASEAN) Summit, the G20, and the Asia-Pacific Economic Cooperation (APEC) Economic Leaders' Meeting respectively. These important exchanges provided numerous opportunities for major countries… 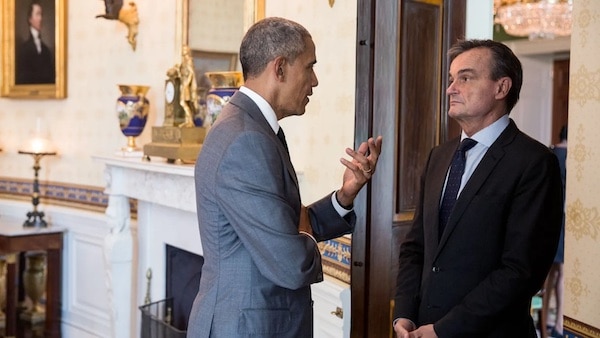 France's ex U.S. Ambassador Gérard Araud criticized Washington for frequently violating international law and said its so-called "rules-based order" is an unfair "Western order" based on "hegemony." He condemned the new cold war on China, instead calling for mutual compromises.

France's ex US Ambassador Gérard Araud criticized Washington for frequently violating international law and said its so-called "rules-based order" is an unfair "Western order" based on "hegemony." He condemned the new cold war on China, instead calling for mutual compromises. 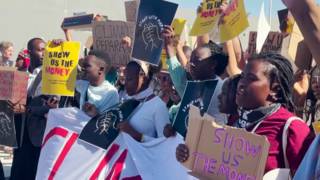 This week U.S. Vice President Kamala Harris visited the Philippines, where she said the U.S. would defend the Philippines "in the face of intimidation and coercion" from China and vowed to expand the U.S. military presence in the country even after former bases leaked toxic waste into the environment. We recently spoke about the environment and more with Filipino activist Yeb Saño at the U.N. climate summit in Sharm el-Sheikh, Egypt. He was previously the chief climate negotiator for the Philippines and is now executive director of Greenpeace Southeast Asia. Saño describes the "loss and damage"…

WSWS (2022-11-23). US continues to inflame tensions on Korean Peninsula. wsws.org Washington is attempting to place blame on Beijing and Moscow for North Korea's recent missile launches accusing the two of failing to uphold the so-called "rule of law" around the world.

____ (2022-11-23). Over 4,000 overseas talents enter Hong Kong job market since 2020: official. ecns.cn A total of 30,946 overseas talents (excluding the Chinese mainland) have been admitted to Hong Kong Special Administrative Region for employment through the five talent admission schemes from 2020 to 2021, a local official said on Wednesday.

____ (2022-11-23). Shijiazhuang stands strong against COVID outbreak. ecns.cn The top official in Shijiazhuang, Hebei province has demanded resolute and decisive measures to cope with the ongoing COVID-19 epidemic in the city.

____ (2022-11-23). Minister calls for improved management after deadly fire. ecns.cn Wang Xiangxi, minister of emergency management, has called for better management of welding operations after a deadly factory fire, suspected to have been caused by such an operation, left 38 dead and two injured in Henan province.